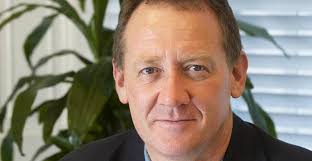 On the 6th and 7th of February, Neil Walker (Regius Chair of Public Law and the Law of Nature and Nations, the University of Edinburgh) will be discussing the "The Return of the Sovereign in Europe".

Neil Walker holds the Regius Chair of Public Law and the Law of Nature and Nations at the University of Edinburgh. His main area of expertise is constitutional theory, global law, and legal theory. He has published extensively on the constitutional dimension of legal order at sub-state, state, supranational and international levels.His last book, for Cambridge University Press, is "Intimations of Global Law" (2014). He has also published at length on the relationship between security, legal order and political community. Previously he taught European Law at the European University Institute in Florence (2000-8), where he was also the first Dean of Studies (2002-5). Among his visiting appointments he was Chair of European Studies, University of Cornell (2007); Distinguished Visiting Professor of Law, University of Toronto (2007),Global Professor of Law at New York University in 2011, and Visiting Professor of Law at Yale Law School in 2014-15.

For further information about the event, please download the program below.