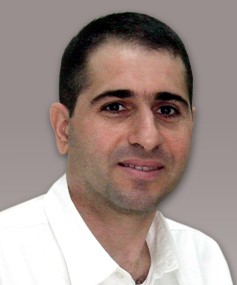 In his first lecture, When Robots Kill - Artificial Intelligence Under Criminal Law (29/05/2018, 15:00 at Palazzo Vernagalli, Aula I), Prof. Hallevy will discuss the criminal liability of autonomous agents. In most modern countries unmanned vehicles (autonomous cars), surgical robots, industrial robots, trading algorithms, personal robots, and other artificial-intelligence entities are in common use. Use may be personal, medical, military, commercial, or industrial. The question of criminal liability arises when the unmanned vehicle is involved in car accidents, the surgical robot is involved in surgical errors, the trading algorithm is involved in fraud, etc. Who is to be held criminally liable for these offenses? the manufacturer? the programmer? the user? or the artificial-intelligence entity itself?

In his second lecture, The Foundations of Modern Criminal Law - Between Science and Society (30/05/2018, 10:00 at Palazzo Vernagalli, Aula I), Prof. Hallevy will comment on the many challenges that recent scientific advancements pose to the criminal law. New technologies, such as artificial intelligence technology, challenges the classic criminal law towards the criminal liability of new legal personhoods (for example, software, robots), towards proof of mental states (for example, using medical devices to detect awareness) and towards many more aspects of criminal liability. New understandings in medical sciences, such as psychiatry, challenges the classic criminal law towards the boundaries of criminal liability imposed on mentally ill persons: who is "insane"? and who should be considered "insane"?

Professor Gabriel Hallevy is a Full Professor at the Faculty of Law, Ono Academic College. He lectures Criminal Law, Criminal Justice, Evidence Law, Corporation Law, Conflict of Laws, Bankruptcy law, Legal Systems, "Games Theory and the Law", and "Law and Mathematics". He published over 30 books around the world, and most of them are cited by the Supreme Court. He also published dozens of articles around the world. In 2013 he was chosen as one of the 40 most promising persons under the age of 40 by "Globes" magazine ("Top 40 under 40"). He is a long-distance runner, holds a pilot license and speaks English, French, German and Hebrew.