André Klip (13.1.1965) was trained and graduated in law, and studied Portuguese language and literature for some years. He holds a PhD in law (Utrecht University, The Netherlands. Since 2001 Professor of Criminal Law, Criminal Procedure and the Transnational Aspects of Criminal Law at the Law Faculty, Maastricht University. Director of the Maastricht Institute for Criminal Sciences.

Since 1989 Prof. Klip has taught courses in all areas of international, european and national criminal law and criminal procedure in all stages, from first years undergraduate students to well experienced practitioners. Prof. Klip’s authority as an academic has particularly been recognized in the form of his election as member of the Royal Netherlands Academy of Arts and Sciences and as member of the Board of Directors of the International Association of Penal Law/ Council of the European Law Institute, as well as various positions as General Rapporteur. As a practitioner his authority is reflected either in his capacity as advisor or as judge in high profile (international) criminal cases.

Throughout his academic career, Prof. Klip has combined his main job at university with part-time or honorary positions in practice. He has been frequently involved in national and international legal practice. In addition to his duties as a judge (Court of Appeal’s-Hertogenbosch, criminal division) he has been involved as of-counsel in litigation and advise relating to cases before the Court of Justice, the European Commission of Human Rights, the International Criminal Tribunal for the Former Yugoslavia, the Supreme Court of the Netherlands and many first and second instance cases. Furthermore, he has been Member Board of Supervision, Amsterdam Airport Border Prison.

André Klip is the author of European Criminal Law. An Integrative Approach, 4th edition, Cambridge Intersentia 2021. The book has been translated into Chinese and Romanian.

The track record of Prof. Klip demonstrates a focus on the transnational aspects of criminal law, with a clear preference for cooperation in a European setting and international criminal law, validating the knowledge of languages. However, always maintaining connected to the national criminal justice system and practice. 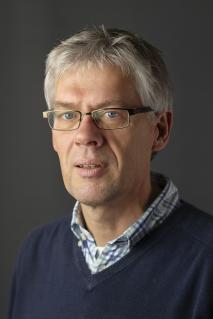