Francesca Biondi Dal Monte is currently Assistant Professor in Constitutional Law at the Scuola Superiore Sant’Anna, where she is the coordinator of the Dream research area (Data, REsearch and Analysis on Migration). She also obtained the national scientific abilitation (Asn) to the role of Associate professor.

She is the author of two monographs and over 70 publications in national and international scientific journals and books. Since 2007, she has been working at the WISS Laboratory of Scuola Superiore Sant’Anna for training and research activities on various topics including: immigration and asylum, welfare systems, protection of fundamental rights and sources of law. She also has managed two projects funded by the European Union about migration issues (FAIR project, regarding the protection of migrant children rights, and FAIR plus project, regarding the application of EU law on fundamental rights of migrants). From 2014 she has organized the summer school on immigration law and several training events on immigration and international protection at the Scuola Superiore Sant'Anna and in collaboration with ASGI (Association of legal studies on immigration).

She has collaborated with several public administrations, including the Ministry of Labour and Social Policies, on issues related to the protection of social rights, the immigration and the right to asylum in Italy. 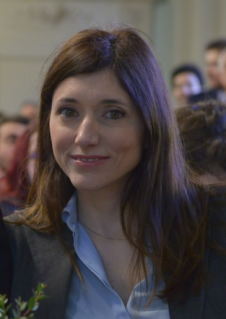