Professor of Applied Legal Theory, Coordinator of the PhD program in Law, J.D and PhD at the Scuola Sant’Anna, taught Legal Philosophy at the Law Faculty in Pisa and Parma. Member of the Academic Senate and Director for almost a decade of the Department of Law & Social Studies in Parma was a visiting fellow at several Law Schools, including Yale, Northwestern in Chicago, and “ F. Braudel” Professorial Fellow at the EUI; Invited Research Fellow at the UNSW in Sydney; Inaugural Fellow of the Straus Institute, NYU; “McCormick” Fellow, Edinburgh; Distinguished G.G. Fellow, Schuman Center (EUI), and other. In the editorial or scientific board of a number of academic journals (Law and Philosophy, the Hague Journal on the Rule of Law, Krytyka Prawa, Moscow State U. Kutafin Law Review, and others), he published ten books, some translated into other languages, two collections on the Rule of law (with N. Walker, Oxford 2009; and with L. Morlino, Leiden 2010) and is presently editing with Jan Klabbers, a C.U.P. volume on reconceiving law as “Interlegality” in the supranational setting.

For the full list of publication (English, Italian, Spanish) in recent years and beyond see the profile of the author at the Scuola Sant’Anna main page. 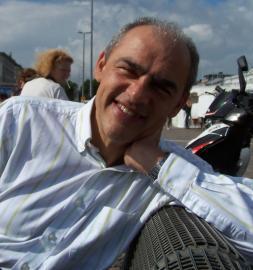