Wojciech Sadurski is Challis Professor of Jurisprudence at the University of Sydney and a Professor of the University of Warsaw, Centre for Europe. He has previously held a professorship at the European University Institute in Florence (where he served as head of department of law in 2003-6), and he has taught most recently at New York University School of Law, Yale Law School, Cardozo Law School in New York, the University of Toronto, and the University of Trento. He is a member of a number of supervisory or program boards, including the Institute of Public Affairs (Poland), the Freedom of Press Observatory (Poland), and the Centre for International Affairs (Poland). Chair of the Academic Advisory Board of the Community of Democracies, he has written extensively on the philosophy of law, political philosophy, and comparative constitutional law. His most recent books include Constitutionalism and the Enlargement of Europe (OUP 2012) and Equality and Legitimacy (OUP 2008). 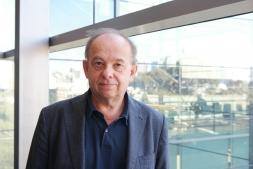